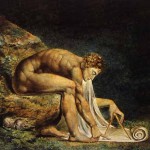 I came across the following cartoon on Facebook not too long ago:

This cartoon makes a number of points: That history, for instance, is memorized only because children are forced to do so. That memorizing takes forever. That knowledge pooled from memory and from Google are “technically” indistinguishable. That, given that paradigm, school is futile and even cruel. (In “But torture builds character,” one also hears an echo of Calvin’s father and his outdoor excursions.) Also, given that paradigm, that by memorizing facts rather than searching Google whenever one is curious, one gains nothing.

I hope that recently I’ve answered that second complaint, the erroneous belief that memorizing is laborious and time-consuming. In that same post, I also mentioned that “the purpose of knowing countless facts off the top of one’s head is a question for another day.”

Today is that day.

This question is what’s at stake in the Pearls cartoon, and I hope to answer the child’s charge before I end.

As the child says, “I have to do it. We have a test.” He – and, I suspect, many others – conceive of this sort of learning as trivial. Either they do it because they have to or they don’t because no one is forcing them to. It seems pointless because it demands a lot of effort and attention over long periods of time (individual class periods as well as years), effort that doesn’t seem to pay off compared with searching Google for the same answers.

Since, practically, these two routes of learning lead to the same destination, people feel free to conflate them. This conclusion reaches a comical extreme with Rat – “I guess technically, I know everything.” The question is, is it fair, or true, to identify remembering knowledge with searching Google for it? Is there any reason not to? Specifically, are there any advantages to remembering? (If the advantages are all on Google’s side, the Pearls consensus might as well stand victorious.)

If the debate is framed in terms of a history exam, as it is in the Pearl cartoon, they seem to be synonymous. This frame, however, might be testing for a slightly different question. It’s a bit of a truism that, for instance, “the SAT tests how well you know how to take the SAT,” rather than some more relevant information, like, say, how likely you are to do well in college, or in your career.

One is reminded of the Pepsi Challenge, where people were asked to sip some Coca-Cola and some of the new-kid-on-the-block pop, Pepsi. Pepsi trounced Coke in these ratings. In the market, however, Pepsi never got more than a 50% or so hold. Why couldn’t it dominate the market like it did the taste tests? This discrepancy is illuminated by Malcolm Gladwell in his book Blink: people don’t buy soda to drink it in taste tests. They take a 2-Litre or a 12-can box home to imbibe over the course of a week. This mattered because the test capitalized on Pepsi’s noticeably sweeter taste – universally preferred in a small dose, but grating to many people in quantity.

Even though most of the time the best we can do for testing intelligence or “general knowledge” comes in the same format as that of a history test, like on the quiz show Jeopardy!, or even an employment exam that Thomas Edison administered, if we want to examine seriously any differences between knowledge integrated into ourselves and that found at a moment’s notice by Google, I recommend devising another means of inquiry. I think that looking organically at the fruit of a well-educated mind, rather than diving in with a cookie-cutter standard to splice results, we might discover some things we know that the Internet doesn’t offer.

When we establish a grounding of knowledge, we allow ourselves to create new things. Just as I paired discovery with creation in my combinations post of last summer, here, too, there are twins of this same process. In fact, great reformers and innovators in the past have consistently been grounded in all of the wisdom and mistakes of history. The Founding Fathers of the United States, for example, were extremely well-educated, and the history of political science features prominently in, for just one example, the pages of The Federalist. Herman Melville is said to have prepared for writing Moby Dick by reading through the King James Bible and the Complete Works of William Shakespeare. Martin Luther was an Augustinian monk.

People reach creative heights by “standing on the shoulders of giants.” To clarify: the accomplishments themselves needn’t be “intellectual”. Artists create things that lay people can enjoy – but their knowledge and technique that goes into creation needs an intellectual grounding. Consider the “First Communion” below. 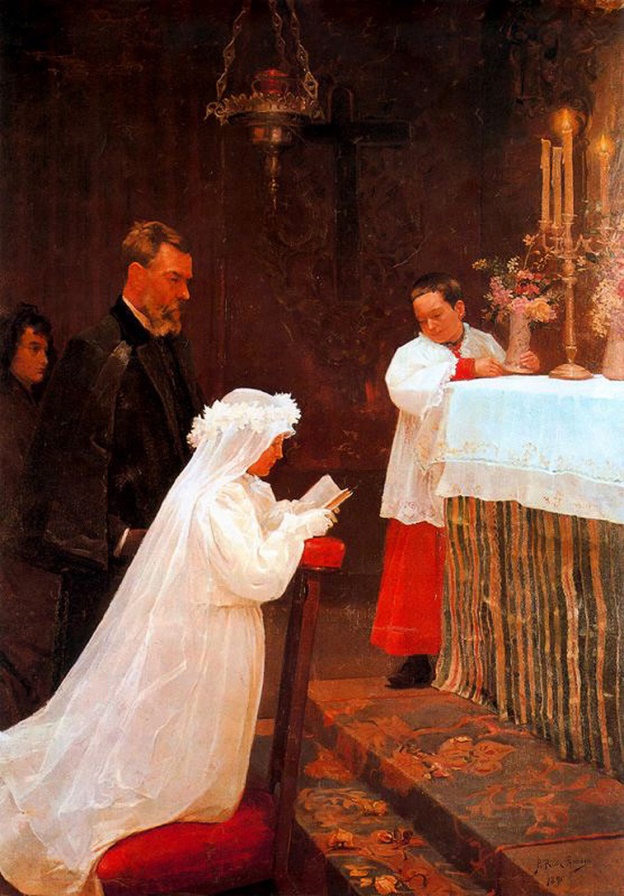 This is a work of Pablo Picasso, the cubist. Rather than throwing together “my child could draw that” art just to become famous, he demonstrated an understanding and competence at traditional, recognized techniques of painting before he started subverting the rules.

Knowledge fortifies your mind against falsehood, against lies, against being taken in. For just one example, consider the common belief that Columbus’ discovery of America was related to disproving the ancient superstition that the earth was flat. 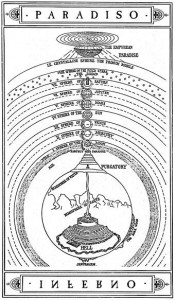 No one could think this who has read older books. Dante’s Inferno, for example (c. 1314), beholds the protagonist climb descend into the earth and ultimately emerge on the other side of the planet, speaking the language of “our hemisphere” and “Here it is morning, when there it is evening.”

Even earlier than that, the ancient Greek Archimedes wrote intelligently in The Sand-Reckoner about the earth, with its diameter, while his contemporary Eratosthenes was calculating the circumference of the earth to be about 25,000 miles – right about what we know it is today.

(This article gives a good account of Eratosthenes’ story, though it ends inexplicably with the uncited addition that “that the Earth was round and even how big it is, approximately . . . was just not widely known among the masses in 15th-century Europe.”)

I hope that the drive to know truth and be able to withstand falsehood is manifest enough. If any more support is needed, consider that the writers of the best dystopias – Brave New World, 1984 – consistently build in some way by which the ruling class is able to obliterate their subjects’ memory. The oligarchs in 1984 can re-write history records and have anything compromising sent down the “memory chute,” while Brave New World literally brain-washes people against remembering anything: “‘Was’ and ‘will’ make me ill; I take a gramme [of drugs] and only am.” Internalized human memory – knowledge – is an uncompromising obstacle to this sort of tyranny.

Knowing for Its Own Sake

Why should we know? Because it is an intrinsic good. Knowing is good in and of itself, like beauty or physical health.

Plato, for example, in his dialogue The Republic, speaks of the pleasures of the different parts of man, including his body, mind, and soul. He makes the argument that goods are somewhat pyramidal – all men, more or less, experience the pleasures of eating and drinking, while a subset of them experience higher goods, like reasoning, thinking, and knowing.

The class of philosophers alone (by definition) experiences what it feels like to have the rational part of our soul working – and alone tastes its delights. When, moreover, you examine the philosophers, necessarily best qualified for evaluating the goods, they consistently favor the intellectual goods: knowing for its own sake.

Consider little children always asking, “Why?” Humans not only excel at this; they do it instinctively. We don’t ever reflect on a cost-benefit analysis of breathing; our lungs do it without our even thinking about it. The action is comparable to children’s incessant questions; humans think without thinking about it.

How could such a reflexive, integral piece of our nature not be an essential good for us? Creatures are happiest when they are doing what they were made for.

Knowledge is a good thing because it allows for humor. Humor – obviously desirable and intrinsically a good thing – does not exist in a vacuum. You need some sort of a straight line before you can bend it into a joke, some model of a face before you can craft a grotesque. Consider, for example, the following picture: 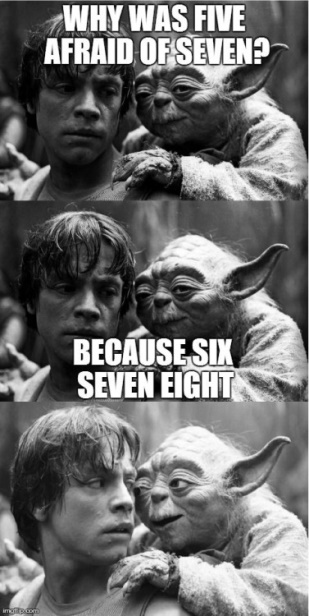 The above image would make no sense to someone completely unfamiliar with Yoda and his language. It a mildly amusing play of Yoda’s unnatural speech pattern on an older style of joke. You need to be familiar with Yoda’s speech before you can understand this. If you do know Yoda’s speech, you probably at least smiled at the comic.

On the other hand, take the title of the closing poem of Hilaire Belloc’s Path to Rome, a “Dithyrambic, epithalamium, or threnody.” This is riotous. An epithalamium is “a song or poem in honor of a bride and bridegroom” (“epi-qalamion” or ‘epithalamium’  literally means “in the bedroom.”) A dithyramb is “wildly enthusiastic or irregular in form.” Giving your reader the third option of calling it a “threnody”—i.e., a song, hymn or poem of mourning composed or performed as a memorial to a dead person”—is downright waggish. It’s nonsense, pure and simple – the sort of thing you’d expect from the man whose verse inspired Ted Geisel to become Dr. Seuss.

It’s suggestive, moreover, what kind of pedigree famous comedians often have. The members of Monty Python, for instance, all met at Oxford or Cambridge, while the XKCD cartoonist used to work for NASA, and even the writers of The Simpsons are notorious for their advanced degrees and publishing habits in the mathematical community.

People can only learn things from the vantage point provided by prior knowledge. If you observe two balls of different sizes falling from the tower of Pisa, you aren’t going to generalize anything significant about their identical velocity unless you already have an understanding of the way people think matter behaves. In the realm of mathematics, you can’t develop properties about rings or groups unless you’ve already developed an understanding of what those are and how they operate. You can’t revolutionize a genre of film unless you’re steeped in it to begin with.

I should note, moreover, that the idea of discovery applies not just to genuine expansions in the sphere of human knowledge, but to expansions of even, say, a third graders’ minds. Returning to the Pearls cartoon above, the student wouldn’t even be able to comprehend the meaning of the questions (or answers) discussed unless he already had some prior knowledge of the Declaration of Independence, or of Napoleon, or the moon. Any rung on the ladder of concepts where you limit yourself is a limit for all of the rest of that ladder. 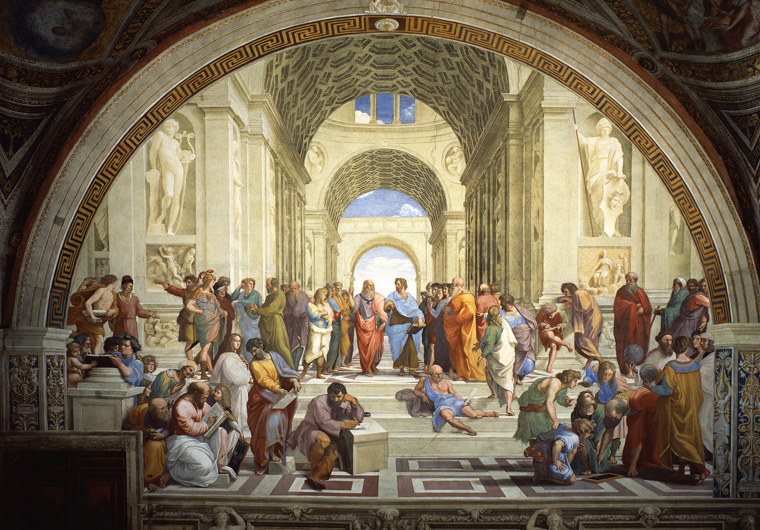 Fish’s daily aim is to balance two axioms – “As for me, all I know is that I know nothing” (Socrates) and “with firmness in the right as God gives us to see the right, let us strive on . . .” (Lincoln). He enjoys fooling around with language(s) and playing games, like Sudoku and Sonic the Hedgehog. He was given his name from a popular minnow dialogue.
View all posts by Fish →