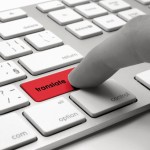 Translations of great works are commonplace. We can go the bookstore and pick up a translation of anything, from Plato’s Republic to The Brothers Karamazov, but we rarely think about the moral and practical difficulties of translation.

We generally purchase translations because we cannot read the work in the original language. We therefore put our faith in the translator, trusting that they know both the original and translation language well enough to communicate accurately the meaning of the original text.

We are implicitly trusting in both a translator’s skill and sense of moral obligation or reverence towards a text.

This had never occurred to me until one of my Latin professors brought it up. His class focused on the translation and discussion of Sallust’s Bellum Catilinae – Catiline’s War – but the professor loved talking about the nature of translating and even language itself.

When the professor spoke about translating, his words often had a distinctly moral tone, which eventually brought me to a realization: As a translator, I have a duty towards the text. The professor characterized it as a “moral relationship.”

When I say I have a “moral relationship” with a text, I mean that I am obligated to exercise as much honesty and objectivity as possible towards the text.

This moral relationship excludes uncritically throwing words in simply because I need something there, or “just getting the gist.” It should exclude deliberately obfuscating the meaning of a word because I find it unpalatable. It should also exclude purposely mistranslating a text to make it say what I think it ought to say rather than what it actually says.

That all sounds great in theory. In practice, the act of translation is much more difficult.

I’ll spend the rest of this article outlining a few of the major obstacles translators face. Some of them are obvious, but others are less so.

The most obvious consideration is the historical context, or how a work relates to the historical era in which it appeared. It is somewhat difficult to understand a work like the Bellum Catilinae without at least some understanding of the political climate of republican Rome at the time, and without some knowledge of the characters. The narrative of that work would make no sense outside of the Roman context.

Secondly, there is linguistic context, which involves understanding how the meanings of certain words evolved over time, and how they relate to the historical context of a work. Thirdly, there is cultural context, which is perhaps even more elusive than either of the other contexts. The farther removed from any culture a translator is, the more difficult it is to understand the cultural connotations. This can involve a lot of guesswork.

One fairly common linguistic difficulty is the “hapax legomenon,” or a word that only occurs once, either in a particular author’s work, or the entire corpus of literature in any language. In either case, it can be extremely difficult to determine the real meaning of a word. If it only occurs once in a certain author’s work, though it may be frequent elsewhere, we cannot always be certain how that particular author uses it, usually because we lack context by which to judge.

Puns, wordplay, poetic devices, etc. all vary depending on the languages. These kinds of peculiarities rarely translate into another language and retain their original impact. Even a virtuoso translator may sacrifice accuracy in order to preserve the original word order or wordplay. In those cases, a translator makes a moral judgment about the text: whether it is acceptable to sacrifice accuracy for the sake of the wordplay, or better to sacrifice wordplay for the sake of accuracy.

For example, consider the famous adage “carpe diem” or “seize the day” from the Roman poet Horace (Carmina 1.11.8). This was parodied by the irreverent poet Ovid when he wrote “carpe viam,” or “seize the way” (Metamorphoses Book 8). We English-speakers are fortunate that “day” and “way” happen to rhyme and are accurate translations of the Latin, which means that the humor of the original isn’t entirely lost on us.

A more typical example of wordplay comes from a play by the Roman playwright Plautus, from his Menaechmi. Plautus set the play in a fictional town called “Epidamnus” which is a pun on the word “damnus,” meaning “loss.” The word “damnus” shows up a fair amount throughout the text but it is very difficult to render the puns in English without changing the original meaning.

Yet another difficulty: There is virtually no way of capturing the spirit of the original in translation. The professor mentioned above used to say of his favorite literary theorist, “I never actually read Bakhtin. I only read translations of him.” He meant that sometimes a translator can only get bare ideas across but not necessarily the personality and flavor of the author. The translation is then just a skeleton of the original.

We could perhaps understand it with the epics of Homer as an example. These works come from a long tradition of oral recitation and a rich background of mythology. When we read Homer in translation, we only receive a skeletal impression, especially because we don’t get a sense of the original meter or the frequent onomatopoeic words, both of which are peculiar to Greek. We learn the storyline, and interact with the characters and their actions, but that is only the framework.

Finally, as translators, we can’t help but give up some small piece of ourselves to our work. This is especially the case when we dedicate ourselves to our translations. We leave our own fingerprints all over some other author’s work when we try to translate it.

One of my favorite examples of this comes from one text translated by two very different men: the first ten lines of the Odyssey. Translators Alexander Pope and T.E. Lawrence both leave evidence of their radically different eras and backgrounds in their translations of the Odyssey. First, consider the excerpt from Pope:

The man for wisdom’s various arts renown’d,
Long exercised in woes, O Muse! resound;
Who, when his arms had wrought the destined fall
Of sacred Troy, and razed her heaven-built wall,
Wandering from clime to clime, observant stray’d,
Their manners noted, and their states survey’d,
On stormy seas unnumber’d toils he bore,
Safe with his friends to gain his natal shore:
Vain toils! their impious folly dared to prey
On herds devoted to the god of day;
The god vindictive doom’d them never more
(Ah, men unbless’d!) to touch that natal shore.
Oh, snatch some portion of these acts from fate,
Celestial Muse! and to our world relate.

“O Divine Poesy, Goddess-Daughter of Zeus, sustain for me
The song of the various-minded man, who after he
Had plundered the innermost citadel of hallowed Troy
Was made to stray grievously about the coasts of men
The sport of their customs good or bad
While his heart through all the sea-faring
Ached in an agony to redeem himself
And bring his company safe home, vain hope for them
For his fellows he strove in vain
Their own witlessness cast them away, the fools
To destroy for meat the oxen of the most exalted sun
Wherefore the sun-god blotted out the day of their return
Make the tale live for us in all its many bearings, O Muse.”

The two translators are translating the same words, but the results are radically different. Alexander Pope’s translation seem to reflect his background as an intellectual who prefers refinement. His word-choice at the beginning is rather revealing. Pope uses the word “wisdom” in the first line, referring to Odysseus’ well-known tendency as “polutropos,” or as Lawrence translates it, “various-minded.” Other translations can be “crafty,” “shrewd,” “tricky,” “slippery,” take your pick. The Greek word implies all of them. Calling it “wisdom’s various arts” is indicative of Pope’s understanding of the term “polutropos,” and from that we may infer what motivated his word choice. Perhaps he prefers a more intellectual Odysseus, rather than the double-tongued Odysseus. Perhaps he can only imagine an Odysseus who is something of a philosopher like himself. Pope would have perhaps prized refined intellect over street-smarts. T.E. Lawrence, on the other hand, chose “various-minded.” That translation implies something more like “duplicitous” or “versatile.” Lawrence almost certainly would have been more likely to imagine a swashbuckling, tricky-minded Odysseus than a wise philosopher. So we see how men from two different eras and backgrounds can produce such radically different translations.

How then do we know what Homer actually means? The translations of even that one word so greatly diverge, and yet all of them are more or less correct. Are the authors cited above abusing their moral relationship with the text? If so, how do we make that call? That is the more difficult question. I would argue that the above authors committed no errors; they simply illustrated the inevitably personal nature of translating.

Certainly it is possible to mistranslate deliberately. Consider the following quote from Thomas Hobbes’ translation of the Iliad, lines 2.173-75:

“Deep rooted is the Anger of a King,
To whom high Jove committed has the Law,
And Justice left to his distributing.”

Commentator Eric Nelson says, “This is a significant departure. The Greek text says nothing here about Jove entrusting kings with ‘law’ and the task of ‘distributing’ justice. The original states merely that ‘their honor comes from Zeus – they’re dear to Zeus, the god who rules the world.’”[1] Perhaps the philosopher Hobbes couldn’t resist putting his own spin on the text, but this leaves the reader with the wrong impression of what the author intended. For that reason, it is deceptive.

In short, all those obstacles comprise the moral conundrum of translation. In many ways, it is inevitable. Removing ourselves from the process of translating would render the task itself impossible, since no machine could ever translate from one language to another with all the peculiarities of human communication. Yet at the same time, we are intimately invested in every aspect of translation, whether in word choice or rhyme or emphasis.

It may seem impossible to reconcile our moral relationship with the text and the unavoidable problems associated with translating, but that relationship still exists. The only solution is to understand the difficulties. No one will ever be able to produce the perfect translation. We can only acknowledge the monumental nature of translating, and if we are the translators, give as much reverence and understanding to the task as we possibly can.

[1] Footnotes like this riddle Nelson’s edition of Hobbes’ “translation.”

Aspiring scholar in classical languages, bibliophile, musician, and warrior for God’s truth, Achillea seeks to make the world around her a better place. Her favorite activities are reading, having meaningful conversations, exploring, and making music. She dreams of spreading her passion for learning, and accomplishing something important in the realm of classical scholarship.
View all posts by Achillea →