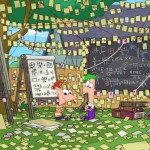 Many of us probably don’t remember as well as we would like to. Basic facts get forgotten, lists must absolutely be written down, and whole chunks of our life seem to disappear, as though they’d never even happened. What did we spend all of fourth grade doing? Whole books that we’ve spent hours reading seem to have left neither arguments nor revelations nor even a title a couple of years – a fraction of a lifespan – after the fact.

Some things, however, aren’t like that. Some memories we can recall from years and years ago. Sometimes our memories serve us well; other times, as when we hear a phone number, we know that we’ll need to record it externally if we want any hope of keeping it with us.

As with many disciplines, however, long, long ago, some industrious people studied the features of this part of nature, recorded them in laborious detail, and developed a very particular technique, a “

” or “ars” (art or skill)” that could be taught, or learnt. This robust tradition fell out of training with a lot of older techniques after Modernity began, but the information is still there, and it still describes how people’s memories function and how to exploit them to remember what you want.

What follows is not an exhaustive manual so much as a map to this skill. I don’t mean that it’s a mere bibliography, but something that outlines the regions of information very generally. I will include references for further reading, naturally, so that you can independently investigate the details and contours.

The basic principle for memory is this: Our brains reliably remember certain types of information, received certain ways, far better than other ways. Translating what we want to remember into something that cooperates with our brain allows us to memorize massive amounts of information. (The purpose of knowing countless facts off the top of one’s head is a question for another day.)

The first sort of memory that humans are hard-wired to remember well and in mass quantities is spatial. This term very rarely includes anything that registers on a standardized test under “spatial reasoning”; nor am I talking about estimating sizes – mere memory is the subject. “Spatial memory” is remembering where things are in relation to one another in space, and how people naturally do this so much better than through any abstract means. Can you visualize your bedroom, or your workspace, or your elementary school? Ignoring transient details like wall-hangings or paint color, can you still navigate it to some meaningful degree? I’d say probably.

The legendary birth of this technique actually came into being because of this spatial quality of memory  in particular. The story goes that the ancient Greek poet Simonides (he shows up in the discussion in Plato’s Republic, Book I) was attending a dinner banquet and serendipitously stepped outside right before an earthquake destroyed the house. Searching with relatives for remains to be honored, Simonides realized that he could easily picture in his mind the former building and the positions of all of his lost friends, reclining, drinking, chatting. 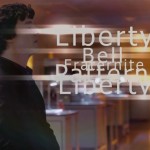 If we want to remember something, we should locate it in some physical place in our mind. This is the origin of “mind palaces,” popularized in the television show Sherlock. The principle is that we can remember spatial orientations and relations better than anything de-contextualized. What’s even more versatile is that,  for the setting of a mind palace, any physical space works, real or not real. Using places we’re familiar with is fine, and good for beginning – an old house we used to live in, a dance hall, a classroom, &c. – but you can invent your own as well. Seeing books play out in your mind’s eye can furnish you with some memory palaces (so long as you define their space rigorously), as could settings seen in comic books, movies, video games, etc.

The natural next question, then, is how we turn information into something we can physically place. We can take advantage here of the fact that we typically only need a well-defined cue, rather than something spelled out. If I’m making a list of things to do on the way home, and stopping by the bank is one item, the image of “gold” should suffice to recall my needing to stop at someplace associated with it.

Stopping at “image”, though, leaves me with a pretty thin memory. This is another key principle: engaging more senses is always better than fewer. Imagine the shape of a large gold coin, how hard it is and what it would feel like to break teeth against it, perhaps how grimy it is (Saturday Night Light once informed us that money is filthy), how heavy, how cold. The more intensely you imagine it, the more easily you’ll be able to remember the thing.

Done rightly, these memory palaces can stick with you for a long time. I remember some of the examples I came across in books on this subject as clearly as the light of day, encoding information from fictitious shopping lists to the first six U.N. Secretaries-General. Memory palaces can take a lot of work, but are reliable and, when done properly, enjoyable.

While we’re concerned with maximizing potential, let’s consider another basic principle: Fewer things are easier to remember than many. This is self-evident; we can apply it marvelously with the technique of remembering wholes rather than parts, “grouping” information. While not always possible or convenient, you should always look for ways to apply this method: The best example I’ve come across involves the lengthy string of haphazard digits,

If this were read to you, and you were demanded to repeat it, you might get it immediately afterwards, but your chances of recalling it even a day later are practically nil. If it were pointed out to you, however, that backwards it reads

And that this can be separated meaningfully into

You might never forget it. “Those two big attacks on American soil” is far simpler – more condensed, as well as being sensory, visceral, and probably spatial – to remember than sixteen random digits. (I came across this specific example, without the reversal detail, in one book I read over two years ago and remembered it in enough detail to write this part of the blog post from complete memory.) This is something that is often rather specific to a realm of familiarity. It’s been noted, for instance, that while novice chess players spend time looking at individuals squares, expert chess players spend time looking at corners. What they’re doing is taking in more information at once by recognizing whole groups of formations. You can say “queen’s gambit” to a chess player and in those two words they understand as much as it would take a lesser player several compound clauses to communicate.

I mentioned “visceral” images in the last paragraph, and this picks up on the last principle I’ll discuss in-depth here: Our brains are hard-wired to record life-critical (life-threatening or life-promising) circumstances. I won’t delve into detail here, but basically, the more biologically essential or relevant something is, the more keen our brains are on recording the situation for the future. It puts our brains into what one author called the “drunk Homer Simpson at a bullfight” mode. It’s also for this reason that many texts on the subject, including everything I’m recommending here, aren’t appropriate for all ages or contexts. (Some authors, like the author of Rhetorica, let the subject come up naturally; Joshua Foer, on the other hand, frontloads his book with a scandalizing tableau.)

Combining these techniques gives you very powerful, comprehensive, and fun ways of remembering things. At one point in college, I needed to remember a number of formulae for my Calc II class. I turned my home bedroom into a memory palace, placing transformed versions of equations all around. The term “theta”, q, for instance, showed up a lot, and since I knew that this was the first letter and sometime shorthand of the Greek word for “God,” images from Michaelangelo’s Sistene Chapel ceiling were found around, meshing nicely with images of various cousins of mine (“cos”) and sins (“sin”). 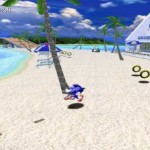 I needed at one point for a memory palace listing which poems I had memorized. It’s an interesting problem – when prompted, I could rattle off an entire poem, but remembering that I even had it memorized was a difficulty in its own right. So I constructed a memory palace out of the first level, “Emerald Coast,” from the Dreamcast video game Sonic Adventure. The waves on the beach “looked over others coming in”, from Frost’s “Once by the Pacific,” while a monstrous orca stood in for the beastly Jabberwocky. 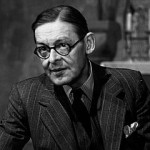 The most intricate, and largest, memory palace I’ve ever devised was the long stretch of road that comprised my twenty-minute commute home one summer. Bored out of my mind while driving in traffic, my summer became materially better when I discovered the existence of a recording of T.S. Eliot reading aloud his monumental poem “The Wasteland.” My stretch of road became a living art gallery, crawling with the heap of broken images Mr. Eliot describes. (I still don’t have the poem completely memorized – Mr. Eliot’s voice is not always the clearest, especially in languages I don’t actually know – but I can recite a good bit of it, travelling back down that commute to home.) It was a real joy, in some ways, discovering natural ways that the poem and the road corresponded. The line, “With a wicked pack of cards,” is heard right as I come in sight of a casino, while talk of “a taxi, throbbing, waiting,” appears just as I approach the only real red light on my trip.

(I was continually disappointed, however, that for all the British language, my short trip down a certain “London Street” coincided with absolutely nothing English.) 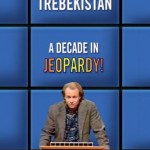 For those interested in further reading, one of the primary texts on this technique is the Roman Rhetorica ad Herrenium, by an unknown author (once believed to be Cicero), available pretty readily. The two texts I’ve found most helpful, replete with more citations and references in their pages, are Prisoner of Trebekistan: A Decade in Jeopardy (2006) by Bob Harris, and Moonwalking with Einstein: The Art and Science of Remembering Everything (2011), by Joshua Foer. The former is a nonfiction narrative about the life and experience of a five-time winner on Jeopardy. He talks about memory when he narrates his research for the quiz show. Although written from an unapologetically modernist perspective, the book is a fun picaresque that I’ve read three times. Moonwalking with Einstein is similar, although written by a journalist whose introduction to the technique of memory came through the less organic memory competitions and clubs associated with them. His book is more of a monograph, recounting a lot more of the history behind the tradition and discoursing on other subjects like the development of skills and synesthesia, though it too is held together by the narrative thread of someone’s quest of training and competition in a tournament.

The knowledge on this subject is vast, useful, and enjoyable. Although the above caveats stand, I’d recommend that anyone who was interested in the subject addressed here pursue the subject more on their own. You can recall numerous telephone numbers, complicated lists, and even entire poems straight from your memory, and in the most delightful way.

Fish’s daily aim is to balance two axioms – “As for me, all I know is that I know nothing” (Socrates) and “with firmness in the right as God gives us to see the right, let us strive on . . .” (Lincoln). He enjoys fooling around with language(s) and playing games, like Sudoku and Sonic the Hedgehog. He was given his name from a popular minnow dialogue.
View all posts by Fish →

2 thoughts on “Ars Memoria: A System for Remembering Everything”