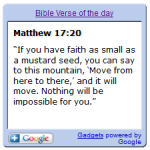 Back in grade school, a theology teacher of mine had a favorite expression: “Never read a Bible verse. Always read the context.”

It was our tongue-in-cheek joke at the arbitrary placement of verses and the subtle way it seemed to make each one into stand-alone text. More recently, however, I wondered if we shouldn’t take verses any more seriously than the joke implies.

END_OF_DOCUMENT_TOKEN_TO_BE_REPLACED 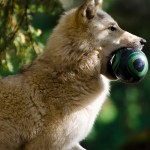 It has become apparent to me lately that a growing number of people seem to be in favor of no longer keeping animals in zoos or aquariums and instead releasing those that are currently in captivity into the wild.  Perhaps this is due to such films as Blackfish (which, according to at least one of the former Sea World trainers that they interviewed, portrayed the opinions of the trainers inaccurately), or due to a greater awareness of the decreasing population of animals in their natural settings.  Whatever the cause, there are several very good reasons as to why shutting down zoos and aquariums and releasing these animals into the wild is an extraordinarily bad idea.  As a biologist, I feel it is my duty to inform people of at least a few of these reasons so that they will, at least I hope, turn aside from this folly.

Just the other day, I happened to run across an image on The Meta Picture that I had clicked on because I saw a beautiful white wolf and was curious to see what the caption on the image said. END_OF_DOCUMENT_TOKEN_TO_BE_REPLACED

There is a phrase that strikes dismay and resentment into the heart of every good student: Group Project. Perhaps you are the only one who cares about doing well, or the only one who understands the material well enough to make a meaningful contribution, or the only one willing to put the shoulder to the wheel. Generally, there are two responses for the isolated, intelligent student in this situation, neither of them good: the first is to curse the numbskull of a teacher who first came up with group projects. This is individualism, and I will address it later. The second response is to dream of a group that would divide the work reasonably and fairly—that would be more of a team than a group—that would do work worthy of A’s—the chimerical A-Team. A few stellar people with diversity of talents, none of them stepping on the others’ toes or nerves, eminently competent people! That’s what it would take to make a group project worthwhile!

Let’s say you find just such a group. END_OF_DOCUMENT_TOKEN_TO_BE_REPLACED

I travel far to see the many sights:
The mines, the fields, the woods, and more beside:
In wilderness there stands a noble knight
Along a road whose builder claims much pride.

Another cannot act as he had planned END_OF_DOCUMENT_TOKEN_TO_BE_REPLACED

In Nichomachean Ethics, Aristotle examines the “magnanimous,” or great-souled, man, who is by definition the superior representative of goodness. Centuries later, Niccolò Machiavelli counters Aristotle’s presentation of greatness with his advice for statesmen in The Prince. Aristotle, based on his view of human life as ordered according to a hierarchy of goods, claims that the truly great man has achieved the pinnacle of virtue. Machiavelli, in contrast, argues that the existence of evil men would prevent the happiness of such a man. The truly great man must adopt virtue or vice as the situation demands to achieve his ends.