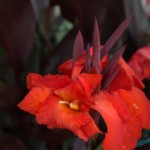 When I first saw the play Measure for Measure, still my favorite of Shakespeare’s plays, I thought it presented a difficult moral question. For those not familiar, the general plot is this: the strict judge Angelo is left in charge of the city of Vienna, and he goes about trying to get rid of immorality. He finds out that a gentlemen named Claudio has not properly married a lady named Juliet, and decides to make an example of the sin of fornication by sentencing Claudio to death. Claudio’s sister, a novice nun named Isabella, appears in front of Angelo to plead for her brother’s life. Angelo immediately desires her, and declares that he will spare Claudio only if Isabella sleeps with him.

I was fourteen at the time, and this seemed a terribly difficult situation to be in. Should Isabella be willing to sacrifice her own purity so that another might live? END_OF_DOCUMENT_TOKEN_TO_BE_REPLACED